The Speaker of Parliament Rt. Hon. Anita Among wants the Inspectorate of Government (IG) to be given mandate to investigate corruption in the private sector.

Among said this on Thursday, 20 October 2022 while receiving an annual report from the Inspector General of Government (IGG), Beti Kamya.

The Constitution under Chapter 13, Article 225 gives the Inspectorate of Government (IG) powers to investigate cases of corruption and abuse of office among others.

The jurisdiction of the Inspectorate of Government covers officers or leaders mainly employed in the public service and also institutions, organizations, or enterprises as Parliament may prescribe by law.

Among described this as absurd and called for the amendment of the constitution to ensure that it does not limit the IG to only the public sector.

She added that it is baffling that abuse of office has moved to almost all institutions including Non-Governmental Organizations (NGOs) and yet they have just been left outside.

The Speaker said that parliament will ensure that government funds are not siphoned into the private sector.

“You should be able to push your hand into the private sector where government money has gone. We also want you to ensure that the cases that are before you are taken to court as fast as possible. Don’t hold cases, ensure that you prosecute these people,” the Speaker emphasized.

On the lifestyle audit, the IGG Betty Kamya said that they need a legal framework to operationalize it after it was launched in December 2021 by President Museveni.

She said that several Ugandans are interested in having top officials audited, and some of them have done this through whistleblowing.

“Our directorate of legal affairs is working on the legal framework for which we will operate and I think it is ready. We have got requests from the public to audit government officials who are known and are suspicious,” she said.

Among however, said the IGG should trade slowly while moving to an audit lifestyle because some people will recommend leaders for audit based on hatred. She added said that the IGG should not concentrate on auditing lifestyle, but instead look at where there is a loss of money. 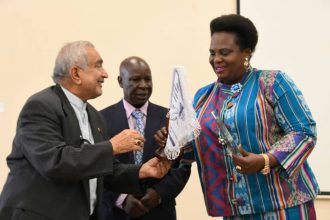 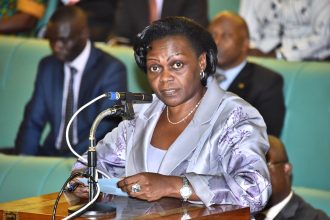